Why Irish Aran Sweaters Are Loved In The USA 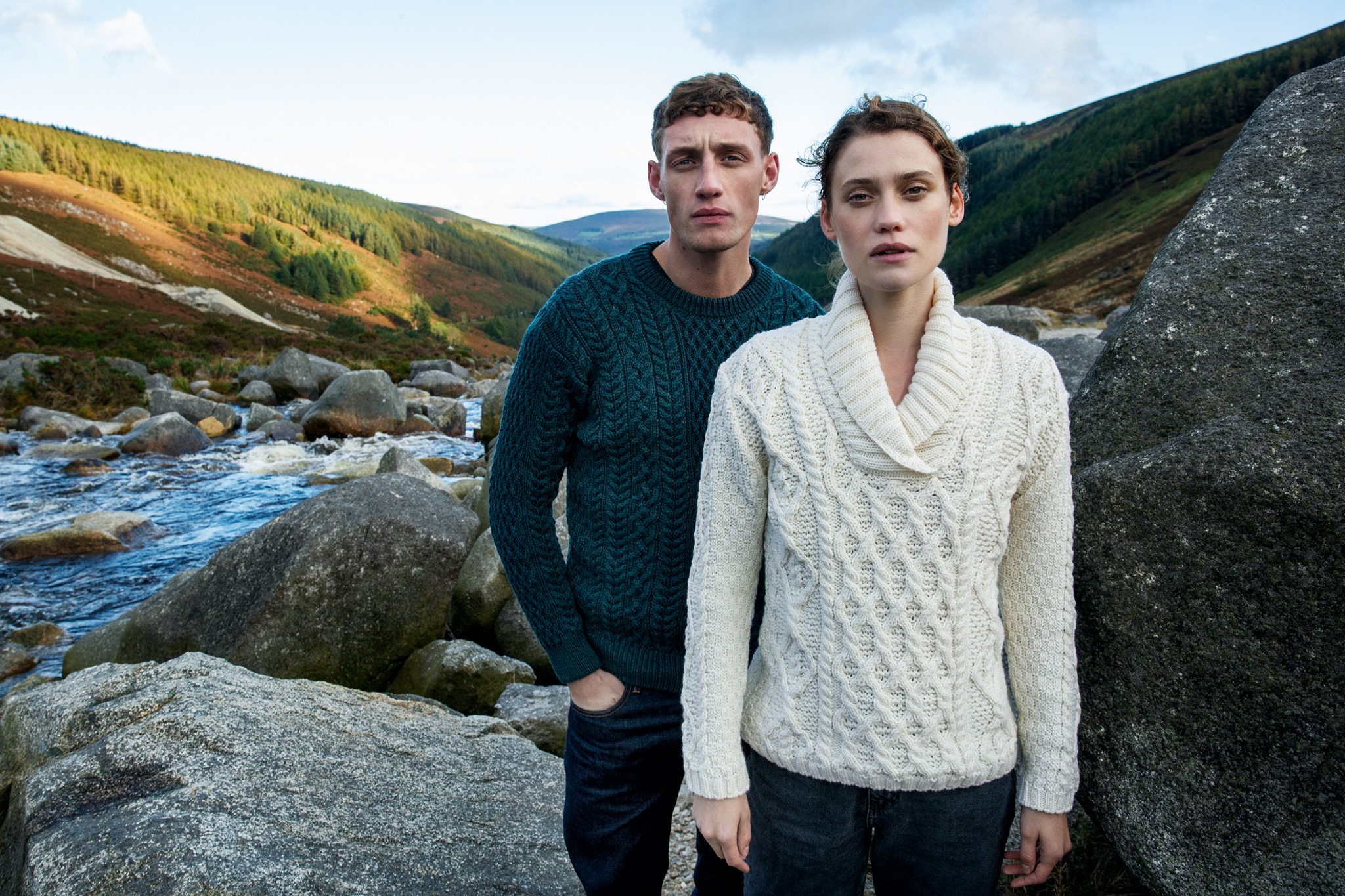 Virtually nobody returns home to US soil without an Aran sweater after a visit to the Emerald Isle. It is the quintessential token of Irish fashion that has stood the test of time. Although the Aran sweater originated in the 1930s, it is still well loved today owing to its timeless design and superior quality. In fact, it’s not just Americans who adore the Aran sweater. The unique sweater has been also worn by some of history’s most noteworthy fashion icons from Marlyn Monroe to Grace Kelly to Alexa Chung.

So what exactly makes this sweater so unique and favoured both in the US and all around the world?

Here are the top reasons why Irish Aran Sweaters are loved in the USA.

Aran sweaters are named after the islands where they originated, the beautiful Aran Islands off the famous West Coast of Ireland. Fishing was the predominant means of income for most of the men who lived on these islands in the early twentieth century. Out of sheer necessity, the women would knit fishermen sweaters from wool to help keep the men warm and dry in the harsh weather conditions out at sea.

This focus for the women gained more and more momentum offering families a second source of income in addition to fishing. By 1935, they had become popular inland, even being sold at the Dublin markets.

Ireland’s Eye, one of the most prominent makers of Aran Sweaters in Ireland, began in the same spirit of humble beginnings, this time in Dublin. Jim O’Sullivan first started making Aran sweaters to clothe his own family and keep them warm. When he managed to purchase a sewing machine, he passed on the skill to his children. In 1987 the family opened a factory which has been passed down through three generations.

In a world where consumers are striving to become more sustainable and focused on fair trade, buying clothes made in the same country where they are sold is a major plus for shoppers. Ireland’s Eye makes all their Aran sweaters in their factory in Dublin. In the heat of modern day competition from fast fashion, the family chose to focus on superior quality yarn and distinctive Irish design and have not looked back since.

Although they have incorporated the efficiencies of modern machinery into their manufacturing process, Ireland’s Eye hand-finish all their Aran sweaters with all the love and care that their ancestor Jim O’Sullivan founded the business on. 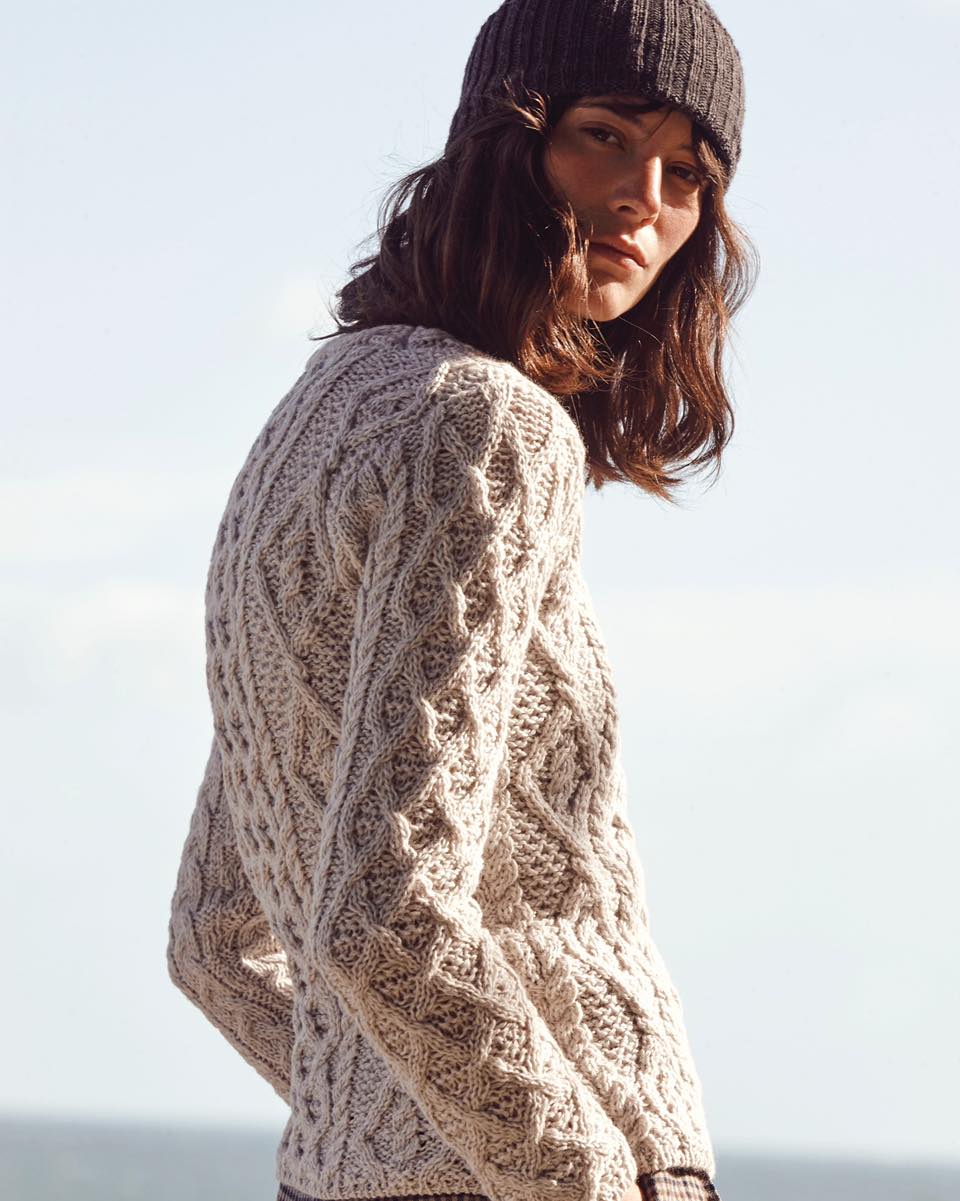 Aran sweaters are truly made to last. The harsh weather conditions of the West Coast of Ireland have not changed much since the first sweater was created although designs and fits may have evolved to meet modern tastes. Ireland’s Eye knitwear is designed to provide comfort and warmth and to shield from the unforgiving wind coming in from the Atlantic Ocean and Irish Sea.

All sweaters are made from 100% natural yarn. Many are made from 100% merino wool or in combination with other natural fabric such as cashmere and cotton. Giving Aran Sweaters from Ireland’s Eye the most comfortable feel that will make it a seasonal favourite for the colder winter months. 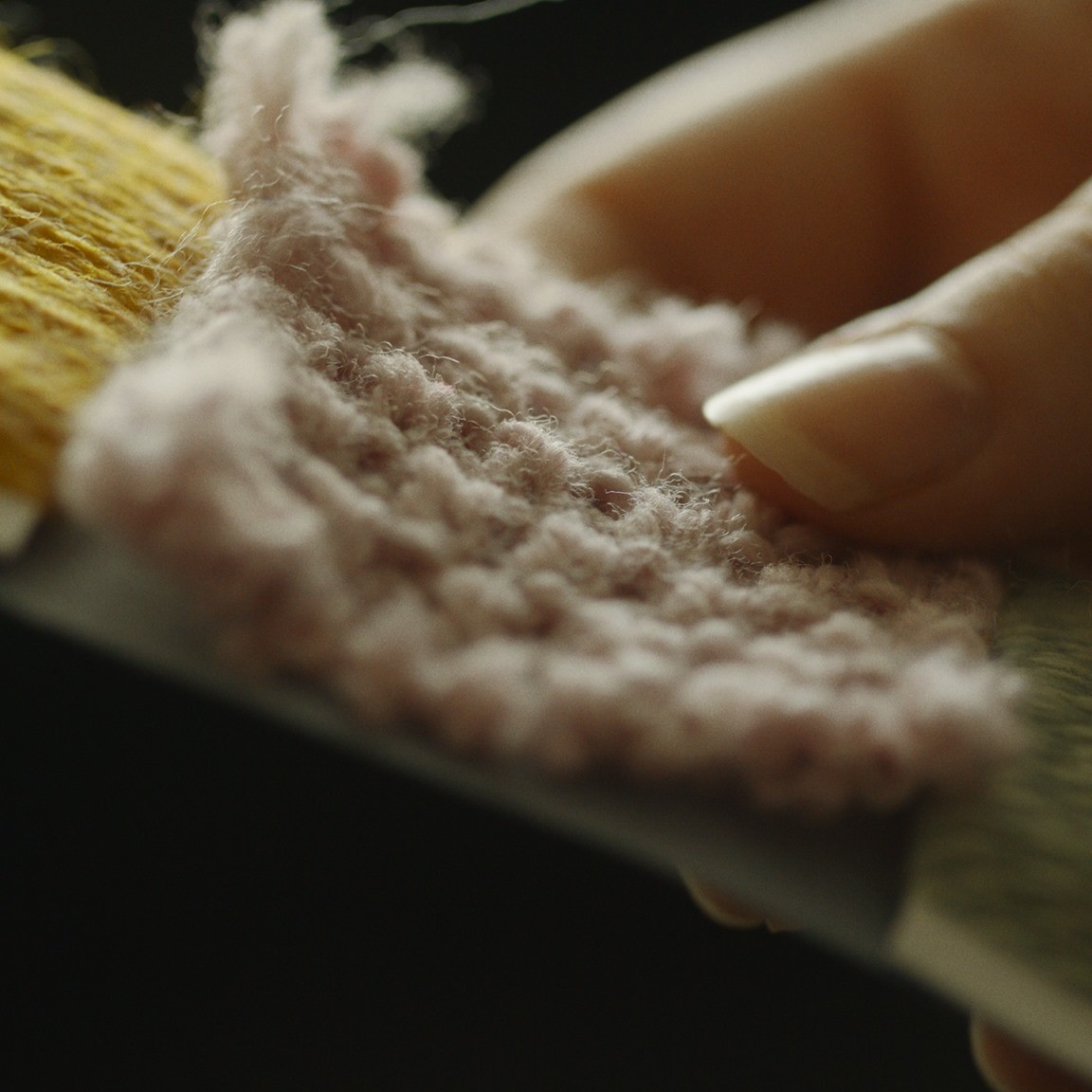 What makes Aran sweaters so distinctive is the stitching patterns that have become synonymous with the sweater style over the years. There are a number of different stitches associated with Irish Aran sweaters, each carrying a traditional meaning.

Some of the most popular stitches that can be found on Aran sweaters include:

Diamond stitch - this style became associated with farmers who worked on the land on the islands and represented wealth and good fortune.

Honeycomb stitch - representing the hard work of the honeybee and its sweet rewards.

Trellis stitch - relating to the stone walled fields common in the West of Ireland and symbolises success.