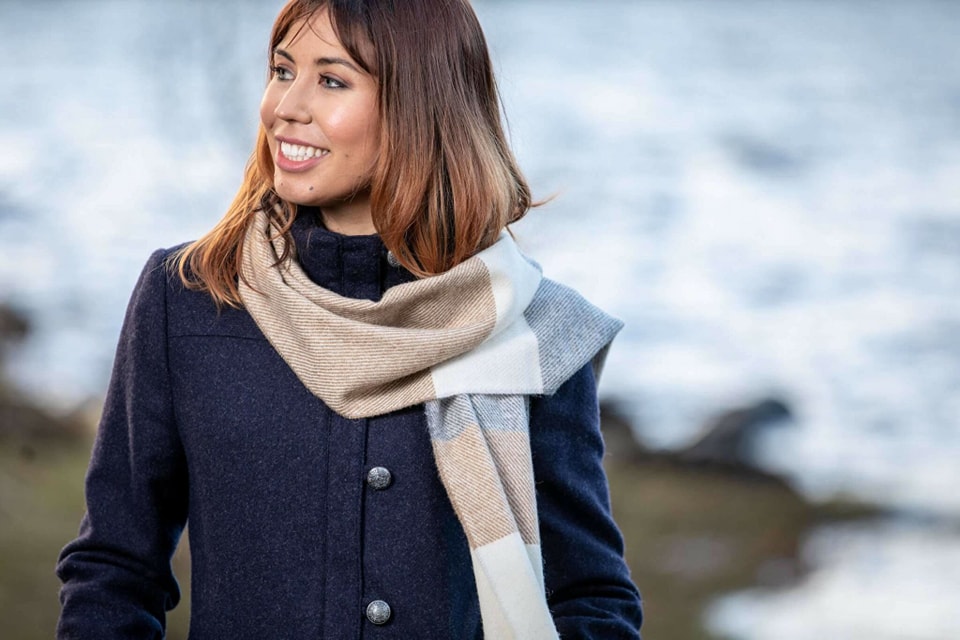 It’s not often you see a scarf with 130 years of history going into its making but when you choose a lambs wool scarf from Ireland’s Foxford Woollen Mills, that’s exactly what you will get.

Foxford’s scarves are made to last with over a century’s worth of craft and heritage woven into each and every piece. Since 1892, the Irish woolen mill nestled in the small peaceful town of Foxford in the West of Ireland has been producing beautifully crafted woven scarves, blankets and other textiles. It was founded by a nun named Mother Agnes who felt compassion for the local community that were living in poverty and unemployment in the area at the time.

In an unusual move for a conservative time in history, she joined forces with an influential Protestant and political leader Michael Davitt to bring her vision to life in setting up a woollen mill.

Foxford Woollen Mill employed 220 people in its first 90 years and withstood many economic and political upheavals as well as a devastating fire at the mill. It has played an important role in Irish history not only for employing the local community but it is also famous for providing police uniforms in the early years of Ireland’s new found Republic. It has also been mentioned in the literary great James Joyce’s Ulysses and Finnegans Wake.

Garments from Foxford Mill are still adored around the world today for their superior quality, rich heritage and reputation. Made from 100% lambs wool, the lambs wool scarf from Foxford is a thoroughly warm and cosy scarf that makes for a beautiful gift.