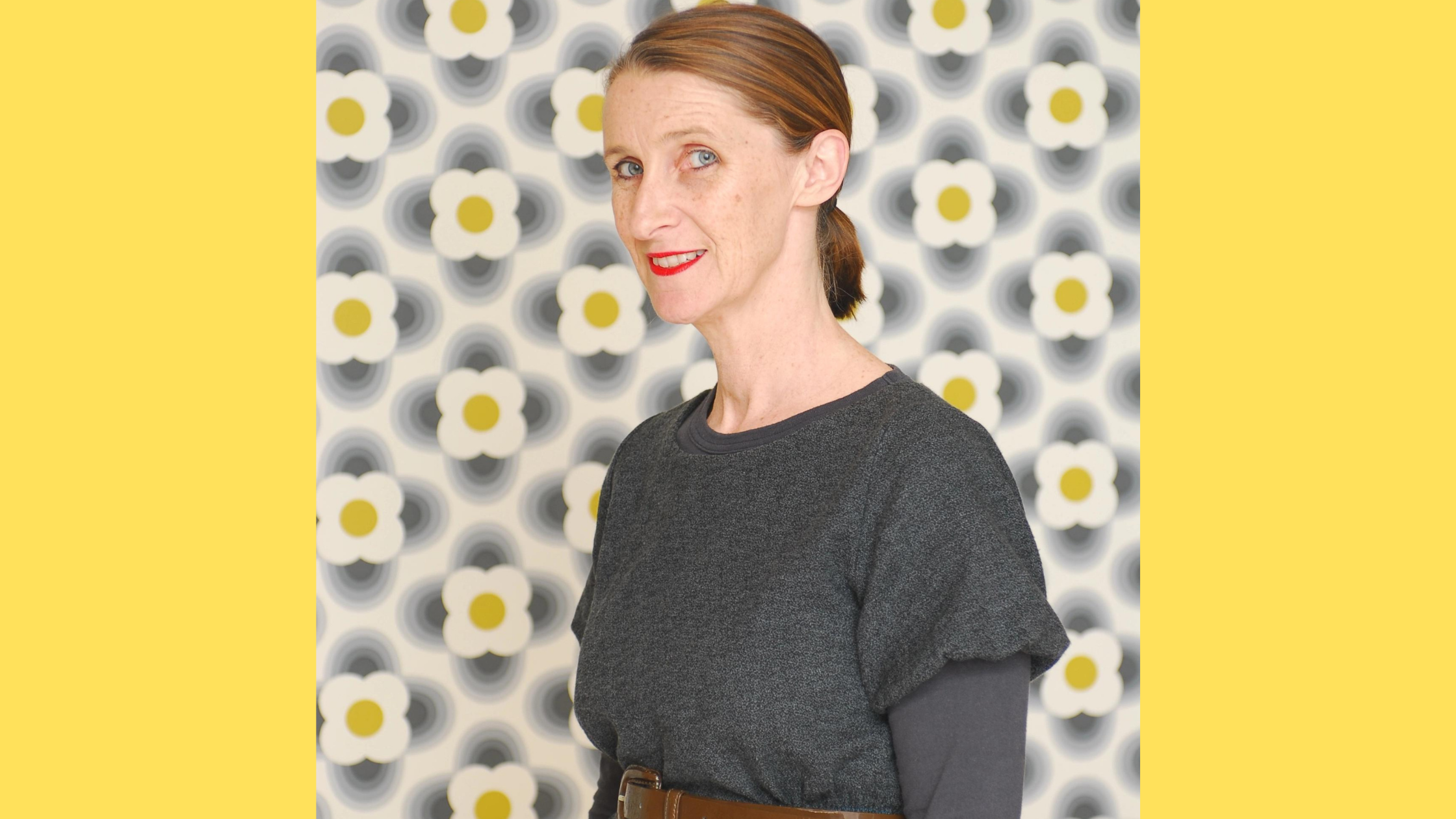 When you combine ambition, drive and a strong work ethic with artistic vision, unique style and a nostalgia that will transcend all fashion fads, the result is Irish born designer Orla Kiely. Now based in London, Orla Kiely is a self-made international success story in the world of design that has gained a cult following across all corners of the globe and in the past has even been worn by fashion elites such as the Duchess of Cambridge, Kate Middleton and Hollywood star Scarlett Johanssen.

The woman behind the design is one of Ireland's national treasures in the realm of fashion and design, even earning herself the prestige of featuring her work on the Irish stamp as well as being the first Irish designer to have an exhibition dedicated to her at the Fashion & Textile Museum in London. 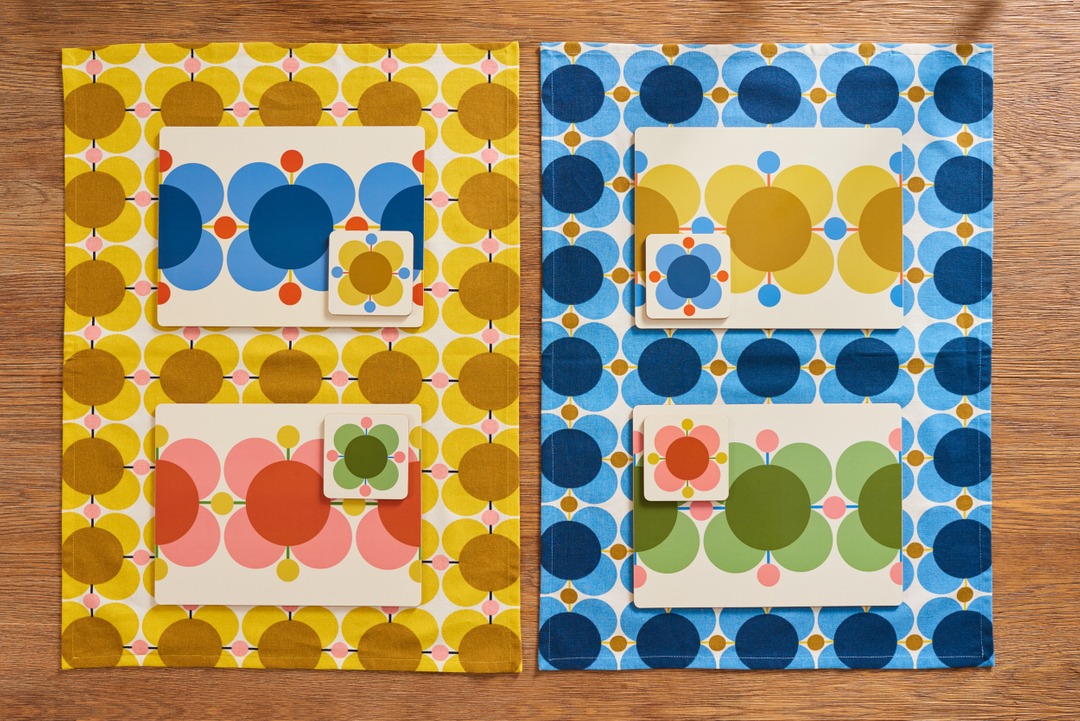 Orla Kiely’s designs are instantly recognisable for their 1960s inspired retro repetitions of floral, fauna and bright colours. Silhouettes of stems, leaves, petals and little creatures such as bees, snails, dogs and birds are arranged into block patterns repeated in a uniform, harmonious and delightful manner to create prints bursting with personality and life.

She describes her style as being committed to strong ideas where there is no room for half-way measures. It’s an organised and cleanly designed mash-up of mid-century style with colourful graphics that can be traced back in her mind to her childhood in the 1970s in Ireland.

The Orla Kiely collection includes handbags, wallets, homeware and textiles. Every time a new collection is released, fans are famous for snapping them up with favourite items selling out fast.

The Road to Success 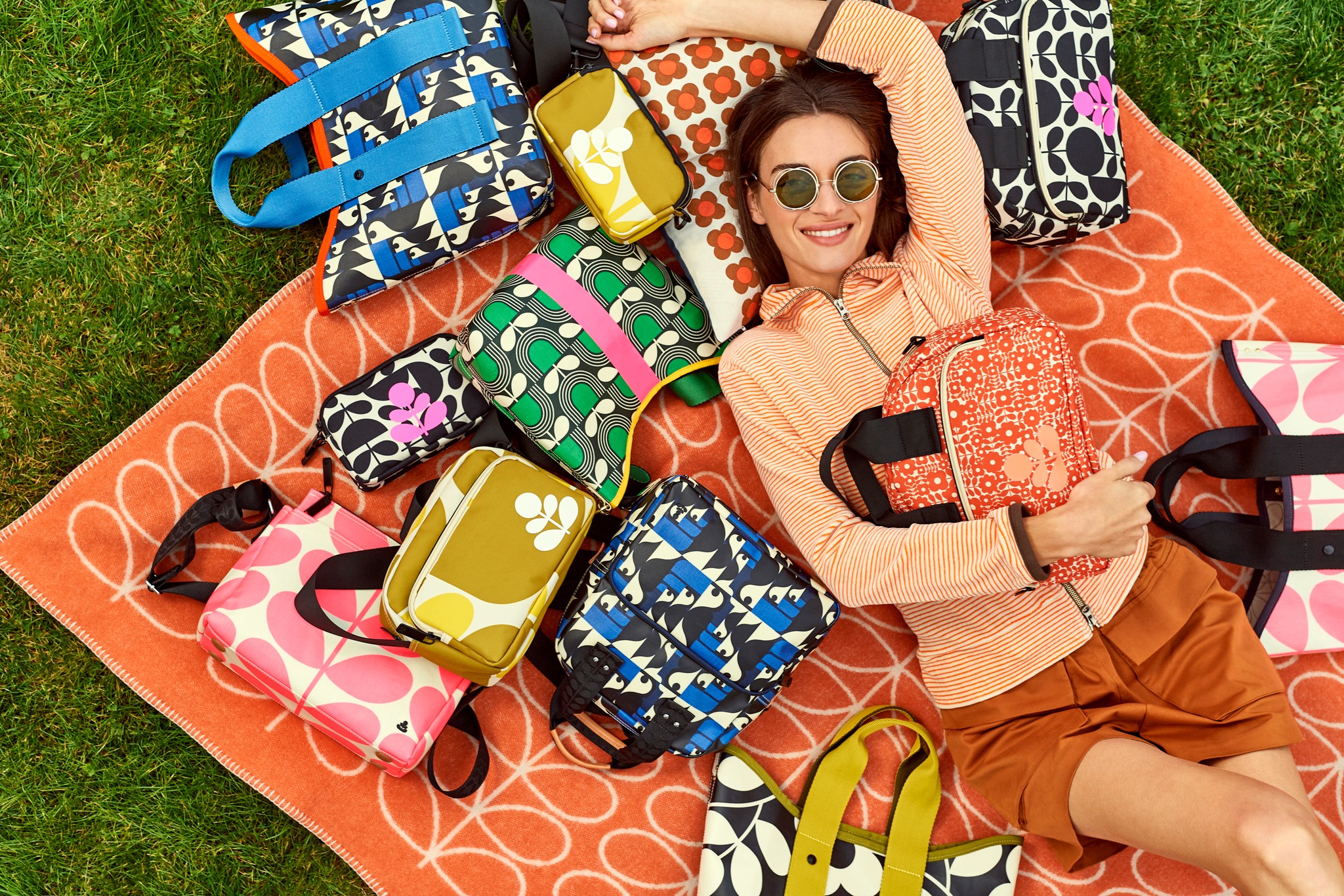 Always a lover of art and taught how to knit from an early age by her grandmother, Orla refined her talent at the National College of Art and Design in Dublin and later completed a Masters at The Royal College of Art in London. Orla worked with a wallpaper and fabric design studio in New York in the 1980s before landing a role with then up-and-coming Californian label Espirit. When she moved to London, she started designing with leading British retailers.

One of the greatest secrets to the designer’s success has been the dynamic combination of her creative vision with her husband Dermott Rowan’s business acumen. The childhood sweethearts married in 1993 and started taking ambitious steps towards the dream of international recognition that they have conquered today. While designing for major retailers by day, Orla began designing for her own label at night and Dermott packaged her designs from their London flat.

Her unique prints grew in popularity and had many moments in the limelight including a hat that featured on Charlotte York on the hit TV show Sex and The City. It’s easy to see then how over 20 years of imagination and an abundance of designs were chosen for exhibition at such a revered museum in London.

Dermott wasn’t the only one offering business advice in Orla’s life as she credits her father who was an accountant with a thought-provoking observation that helped to pave the way for one of Orla’s greatest areas of success. During a visit to one of Orla’s shows he pointed out that few of the attendees were wearing hats but all of them had handbags.

Orla Kiely fans are eternally grateful that Orla embraced handbag design as they wait with bated breath each and every season to see what wonders Orla will conjure up. Lovers of the brand are always amazed by how her handbags are able to remain so functional while at the same time fun and fashionable.

A Life in Pattern

Orla wrote a book called ‘A Life in Pattern’ in 2018 where she describes how surrounding yourself in colourful patterns can make you happy without you even noticing it. Having lent her patterns to every facet of product design from London Fashion Week to a Citroen car, it’s clear that the joy and optimism carried in her patterns is simply infectious. Any home that features an Orla Kiely design will be happier as a result.

Be inspired by this Irish designer’s unmistakeable prints, shop the Orla Kiely collection.